How we’ve weathered the recession – so far! 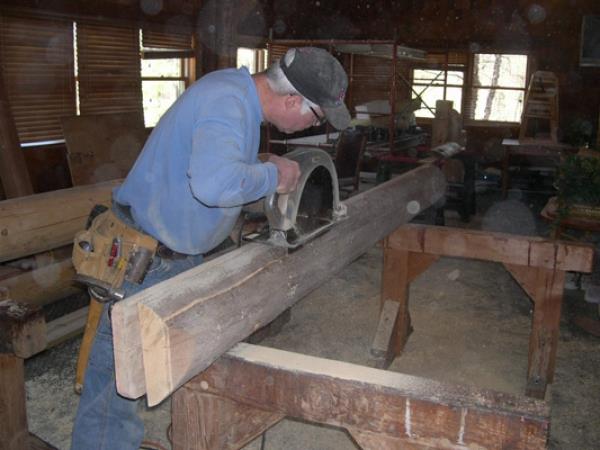 The beginning of 2010 was the point at which the economic freefall finally caught up to us.
We had work; just not enough of it to keep everyone busy. The distant future looked brighter than the immediate one. I knew our colleagues were in the same, and in many cases, worse predicament. Some companies closed; others reduced staff by 50% or more.

During normal times we receive unsolicited resumÃ©s at the rate of about one a month. Of those resumÃ©s about half are from people already engaged in timber framing. During the last six months this rate has increased tenfold and almost all come from those working for, or furloughed by, other timber frame companies.

For over twenty three years I’ve never had to let anyone go due to a slow down. Over that period of years we’ve had a few slow periods, but these lasted one to three weeks, and we used that time to rehab, refresh and repair. This time I knew it would be longer and harder.

In January we laid off two people. A month later two more suffered the same fate. These weren’t people that we wanted to lose – they were valuable members of the team. We just did not have the reserves to carry them for what, at that time, looked like three to five months. So here’s what we did: Unemployment compensation kicks in one week after first application. We bonused the four men one week pay to cover that gap. Then, evaluating each man’s situation, we found that we could give each one between eight and ten hours a week of work without affecting their unemployment checks. The bottom line was that, in the worst case, one man took home $20 a week less than he would have had he not been furloughed, while in the best case the amount was $9.

All four men have returned to work now, and our dance card for the rest of the year looks real healthy.

How Much Do Timber Frame Houses Cost Per Square Foot?

A Breath of Fresh Air