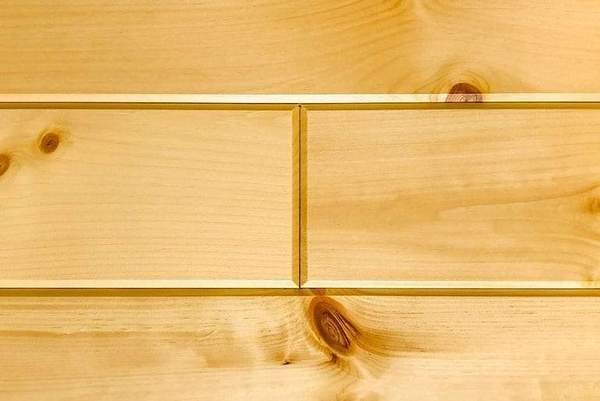 A number of years ago a client with whom we were about to contract for a whole-house timber frame and tongue & groove ceiling boards asked that we back out of our proposal the tongue & groove material cost. He wanted to supply the tongue & groove boards but wanted us to install them. Turned out that had a relative who was starting up his own milling shop and wanted to send some work his way.

It was an understandable request but had, to my mind, some real down sides. For two decades we had been using a local tongue and groove supplier who allowed us to hand select each and every board. This process ensured high quality, that is to say: no splits, no wane, no twist, no broken tongues or gashed grooves, few but tight knots and, most importantly, no deviations in width. I expressed my hesitancy and concern with the client. I further explained that poor quality material would cause more material waste and higher labor costs. He swore that his cousin would send us “stuff like we’ve never seen before.”

Well, our client was certainly right about that. I’ve burned better stuff in my fireplace. Most of boards tapered in width; many were twisted and cupped; and knots were large, frequent and sometimes missing. Installation time was 40% longer than it would have been if we had used our supplier. It was hard lesson well learned.

A Breath of Fresh Air

What size company are we and why?