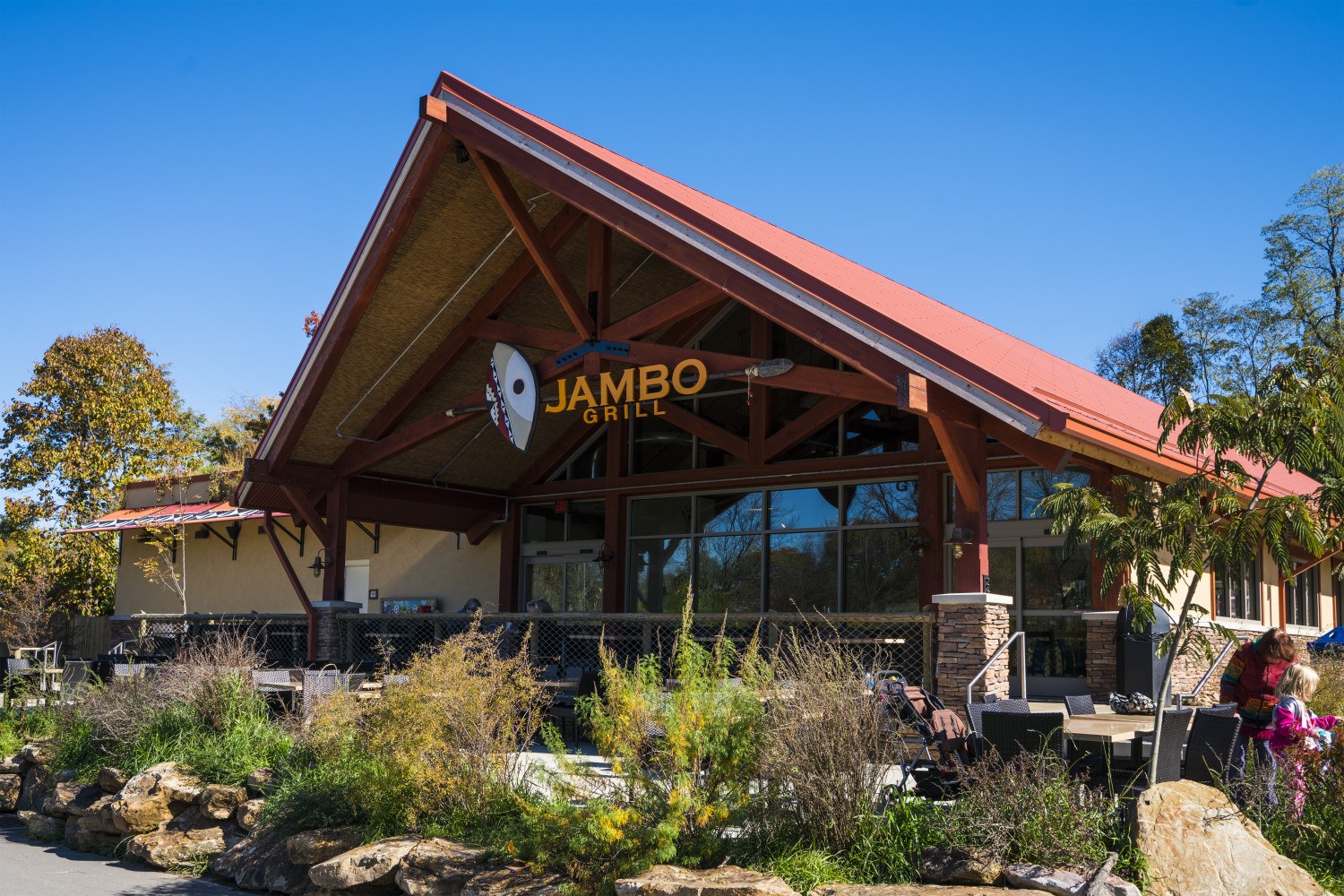 This 7,000 square foot, nine scissors truss bent restaurant seats 160 patrons under roof and 140 outside. The Douglas Fir timbers are stained with Sikkens Cetol SRD mahogany color. Most of the joinery is traditional mortise and tenon with the balance being exposed through-bolted steel gusset plates.

Two issues made this project difficult. A week prior to our site arrival for the raising we called to verify that the concrete floor would be cured enough for the use of a material handling machine. We were assured that it would be. Of course, what we found upon arrival was a mud bog.

The second issue was access and staging. Because of the meandering walkways, found in many zoos, which lead from one exhibit to another, we knew from the beginning that there would be challenges. Initially, we believed that the raising site would be off limits to pedestrian and cart traffic. Late in the game we were informed that a four foot pedestrian path would have to be maintained at all times. Instead of one staging area, we needed several, some 100 yards from the raising area. Due to the curves and the narrow width (in some places barely eight feet) trucks and equipment had to be backed-in over considerable distances. The outriggers for the forty ton crane necessitated that the cheetahs be temporarily relocated to a different enclosure – there was no other way.

This structure is named the Jambo Grill. Jambo was a silver back gorilla that rose to fame in 1986. A five year old boy fell into the gorilla enclosure at the Jersey Zoo on the island of Jersey in the English Channel. As the boy lie unconscious, Jambo placed himself between the child and the other gorillas and stroked the boy to comfort him. Jambo then led his troop away, allowing the zoo personnel to reach the boy. 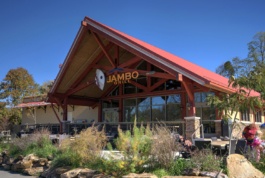 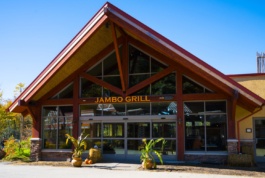 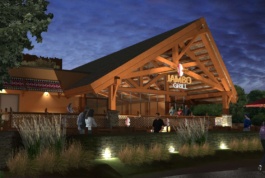 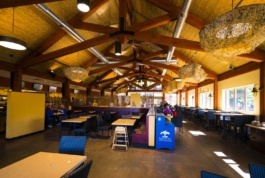 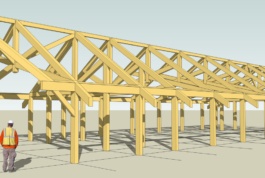 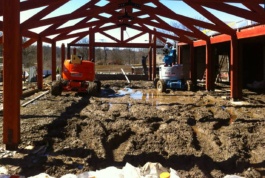 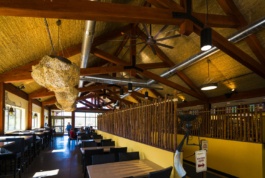 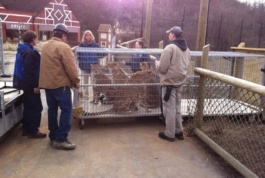 BACK TO COMMERCIAL PROJECTS
I-70 Welcome Center