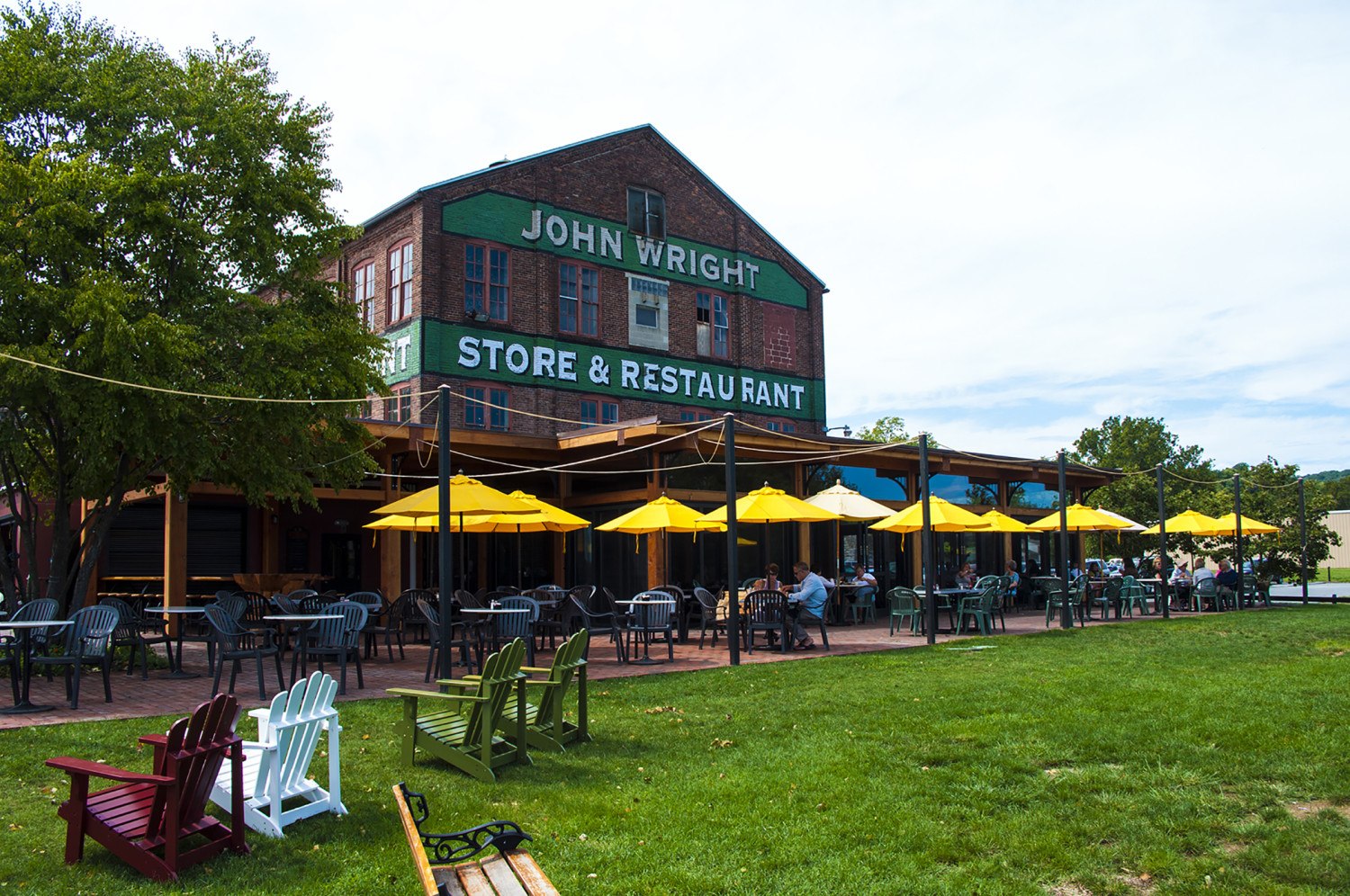 When Donsco, Inc., a family-owned business since 1906 and North America’s leading single source provider of machined iron castings, decided to expand their restaurant seating area they met with us to explain their vision. They wanted their patrons to be able to fully enjoy the views and sounds of the Susquehanna River which flows just a stone’s throw from the proposed new addition. They also wanted glass doors to fill all three sides of the addition. The results were so successful that a few years later we were called back to expand the seating yet again.

The existing restaurant was housed in a late 19th century silk mill, repurposed over the years first to provide pattern storage for the foundry, then to house the company store and restaurant. The timber-framed addition was intended to expand seating and to create an “almost outdoors” dining experience.

The layout of the restaurant’s timber columns is based on the geometry of the old mill building to which it is attached, and is fully modular. The basic module is a 10’ x 13’ grid with some columns removed to allow for greater uninterrupted spans. The roof timbers were sized to allow for a dining terrace above.

Since the parent business of the restaurant is a commercial foundry, cast iron brackets, patterned on the arches of the nearby bridge over the Susquehanna, were added to the design mandate. The 12×12 timber posts land in a cast iron socketed post stand-off set into the wooden floor. 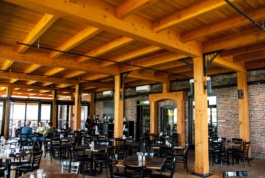 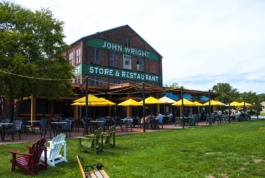 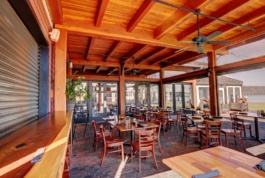 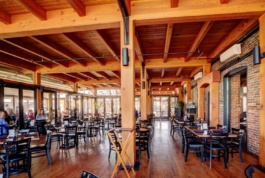 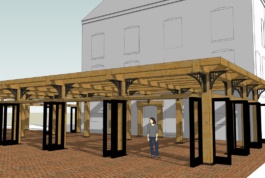 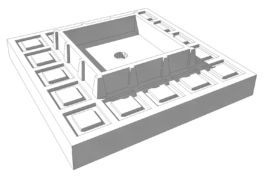 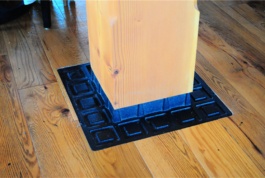 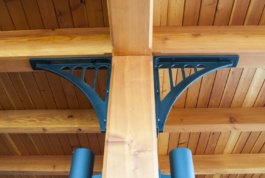 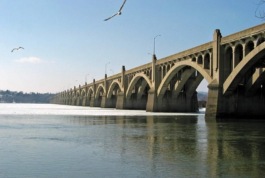 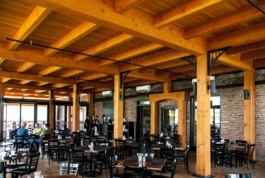 BACK TO COMMERCIAL PROJECTS
Jambo Grill