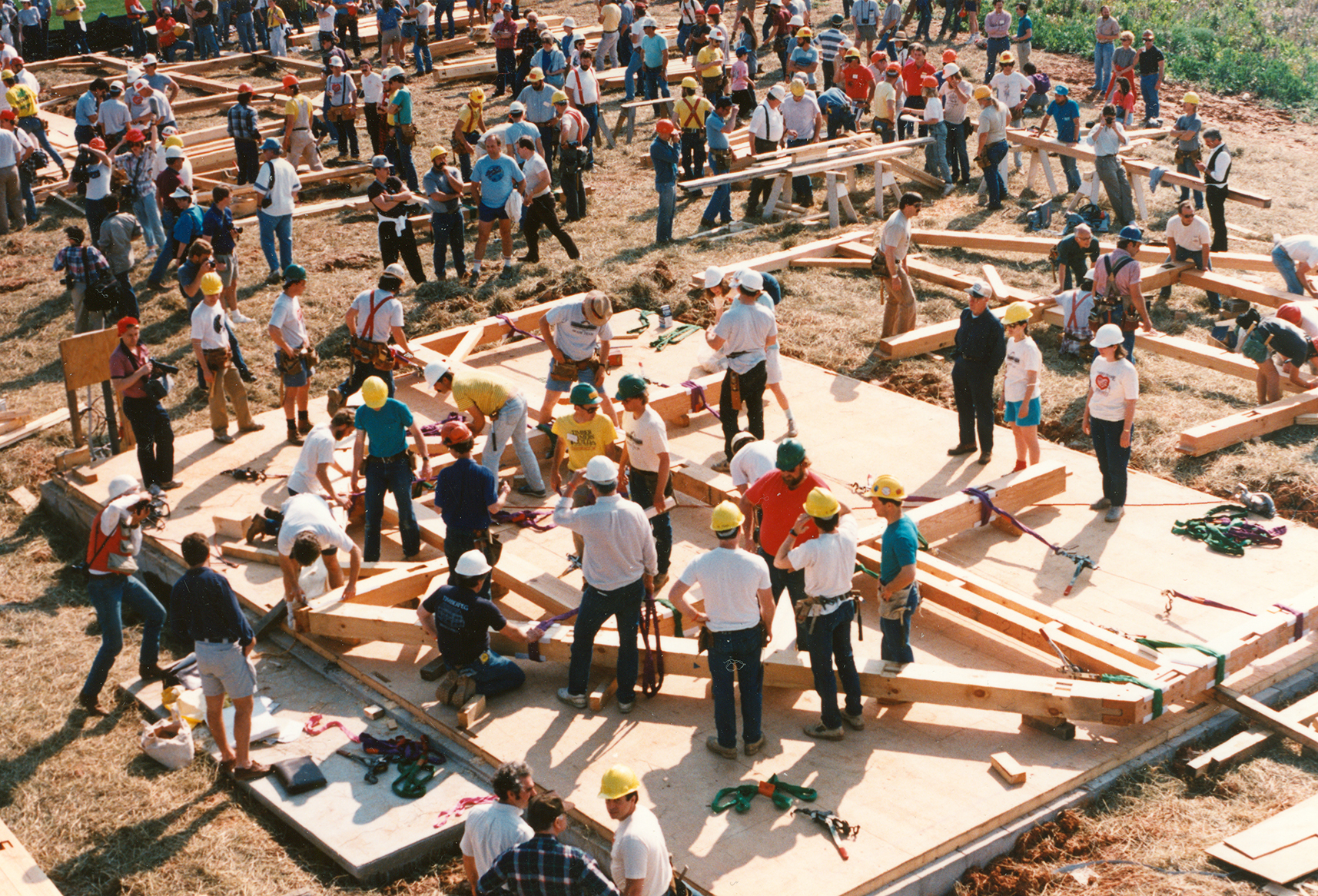 Twenty seven years ago, this month, hundreds of volunteer timber framers from across continent converged on York, Pennsylvania to erect two timber frames for Habitat For Humanity. The frame raising began early on a Thursday morning and four days later two families moved into the completed homes. This event was covered by WHYY of Philadelphia and the BBC. Our two founders, Tony Zaya and Joe McCarthy participated in this project. This week Tony revisited the site. Here’s what the homes look like almost three decades later.

The Speakman No. 2 Covered Bridge, and other News
Scroll to top