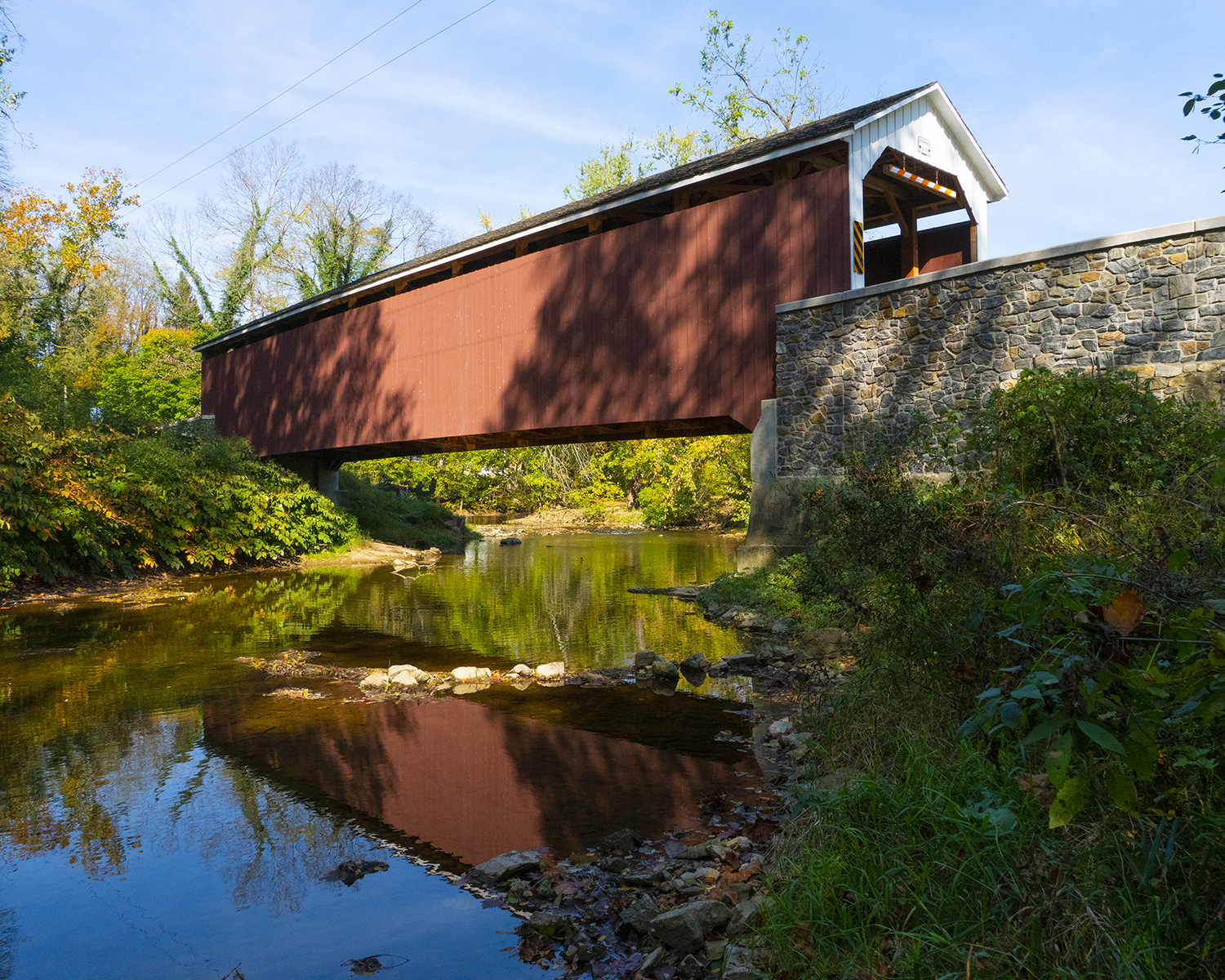 The Siegrist Mill Covered Bridge, a 100 foot free span Burr Arch Truss structure, was, prior to being damaged, a regularly traveled one-lane bridge. It was lifted off its foundation in September 2011 by high waters from tropical storm Lee. Its movement downstream was halted by the upturned root system of a large sycamore tree. Using two large cranes, the bridge was hoisted from the creek and set on dry land. There it would sit until the decision was made whether or not to reconstruct the bridge.

After the decision was made to rebuild the bridge and when funding was in place, Lancaster County Timber Frames removed the roofing, siding, and flooring, and dismantled the bridge timber by timber and shipped the salvageable pieces to its shop. Thirty of the original timbers were saved and 365 new raw timbers ordered. Many of the salvaged timbers were used in their original position on the bridge. Some were subjected to reductions, usually in length, to eliminate rot or damage and were employed in a different manner or location. Lancaster County Timber Frames carved the re-born bridge at its shop and assembled it at the site along the banks of Chique’s Creek, where it had sat after having been lifted out of the water nearly eighteen months earlier.

In May 2013, a 300 ton crane positioned the bridge on its new foundation, which had been elevated by two feet from the original level. As with the original, the bridge is sheathed with pine boards and battens and roofed with cedar shakes. The timbers are rough-sawn Douglas fir. 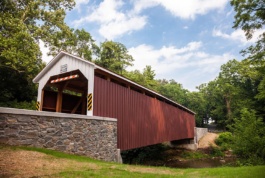 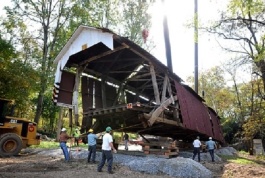 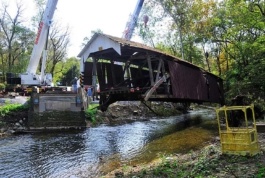 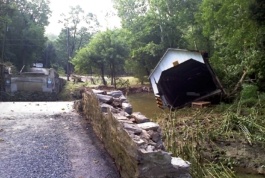 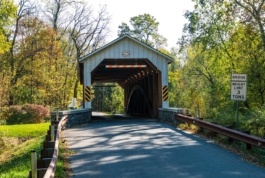 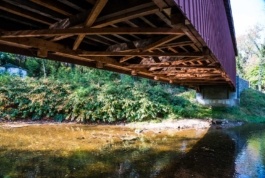 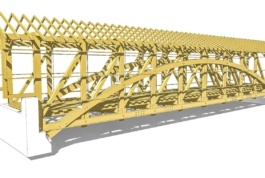 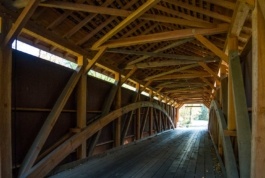 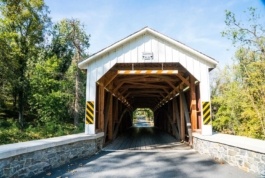 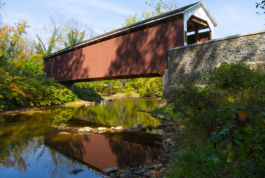 BACK TO COMMERCIAL PROJECTS
Shop-Rite