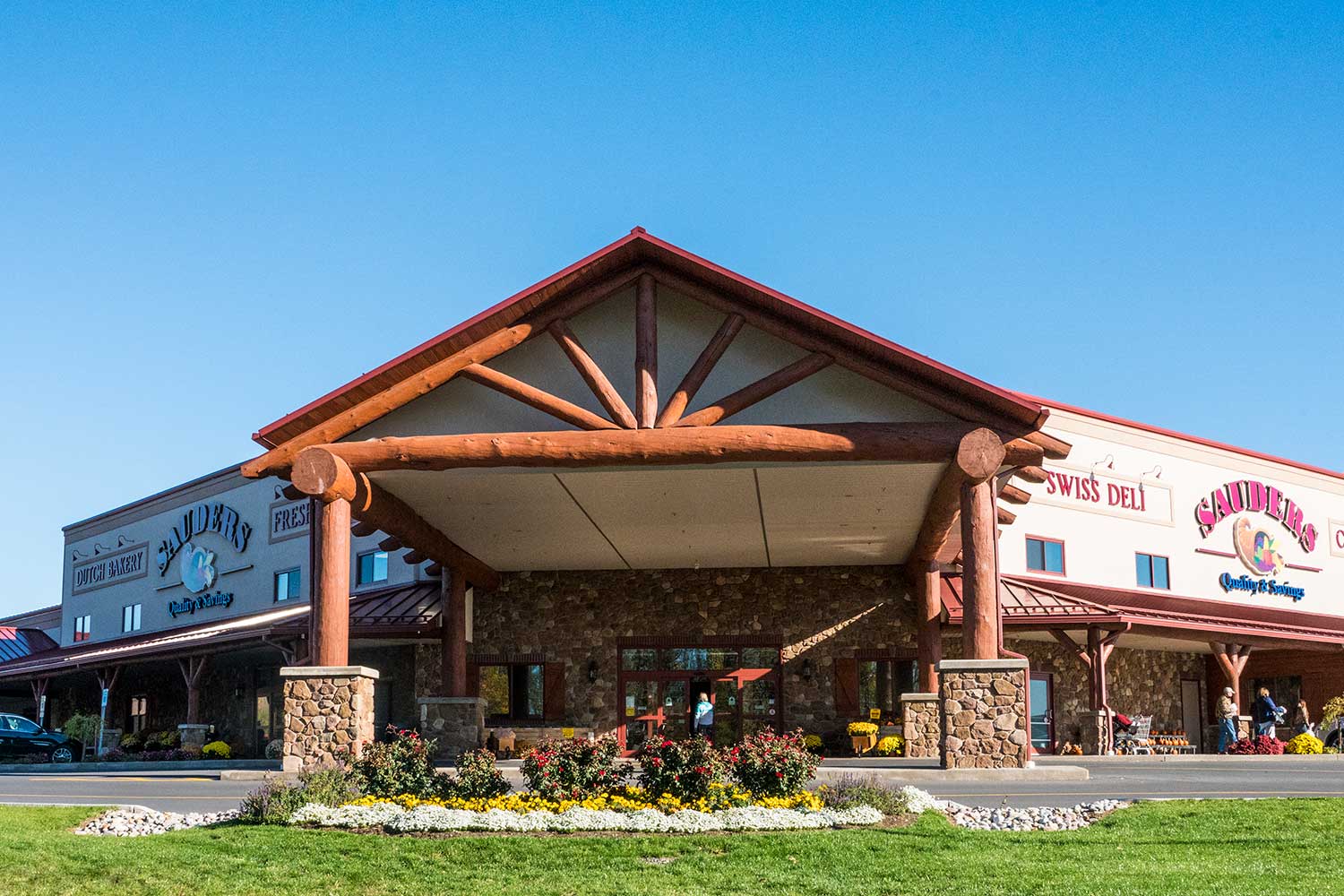 The Sauder’s Store of Seneca Falls, NY, known for its organic, family farm produce, was opened in 1978. It is owned and operated by Mennonites originally hailing from Lancaster County, Pennsylvania. The owner’s ties to that county were so strong that when they wanted to add close to 40,000 square feet to their store they looked home to Lancaster County for their architect, builder, and timber framer.

The term “post and beam” refers to that method of construction in which heavy vertical, horizontal and angled members are joined together to form a skeletal structure. The methods of joining can include visible or concealed steel plates, hangers or mechanical fasteners, or mortise and tenon joints carved directly into the wood. This latter method is what defines timber framing. Timber framing is a subset of post and beam. Thus all “timber frames” are “post and beam” but not all “post and beams” are “timber frames.”

In timber framing the typical component is a timber which was been sawn and, frequently, also planed, to consistent dimensions along its length, and whose surfaces, or “faces”, are usually 90 degrees to one another. The more consistent and true a timber is, the easier it is to lay out and cut the mortise and tenon joinery.

Logs, on the other hand, raise the ante considerably. Logs can be ordered from the mill either “turned” – actually turned on a huge lathe to a consistent diameter along their entire length; or “peeled” – the bark removed. In the latter case, the result is an organic shape with bumps and dips and with the diameter varying along its length. This project used over 70 logs and approximately 17,000 board feet of material. 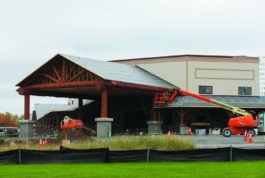 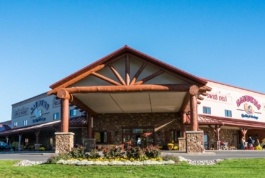 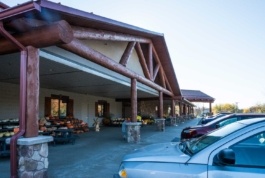 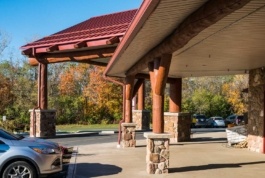 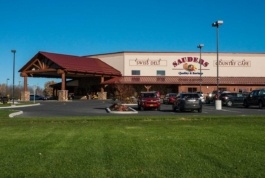 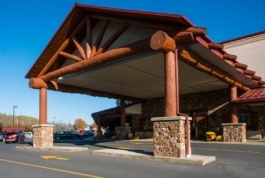 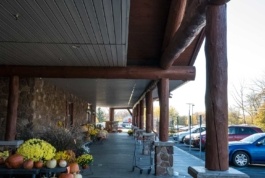 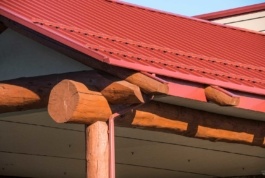 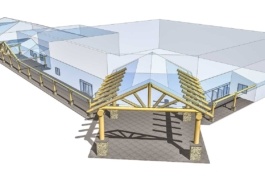 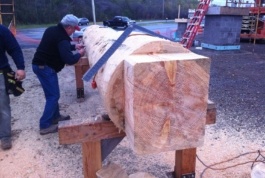 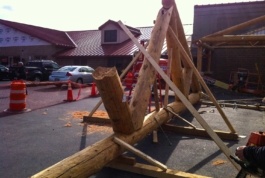 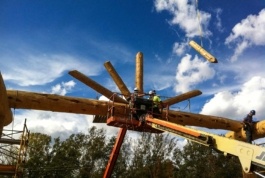 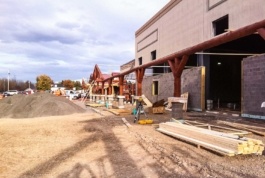 BACK TO COMMERCIAL PROJECTS
Potomac Shores