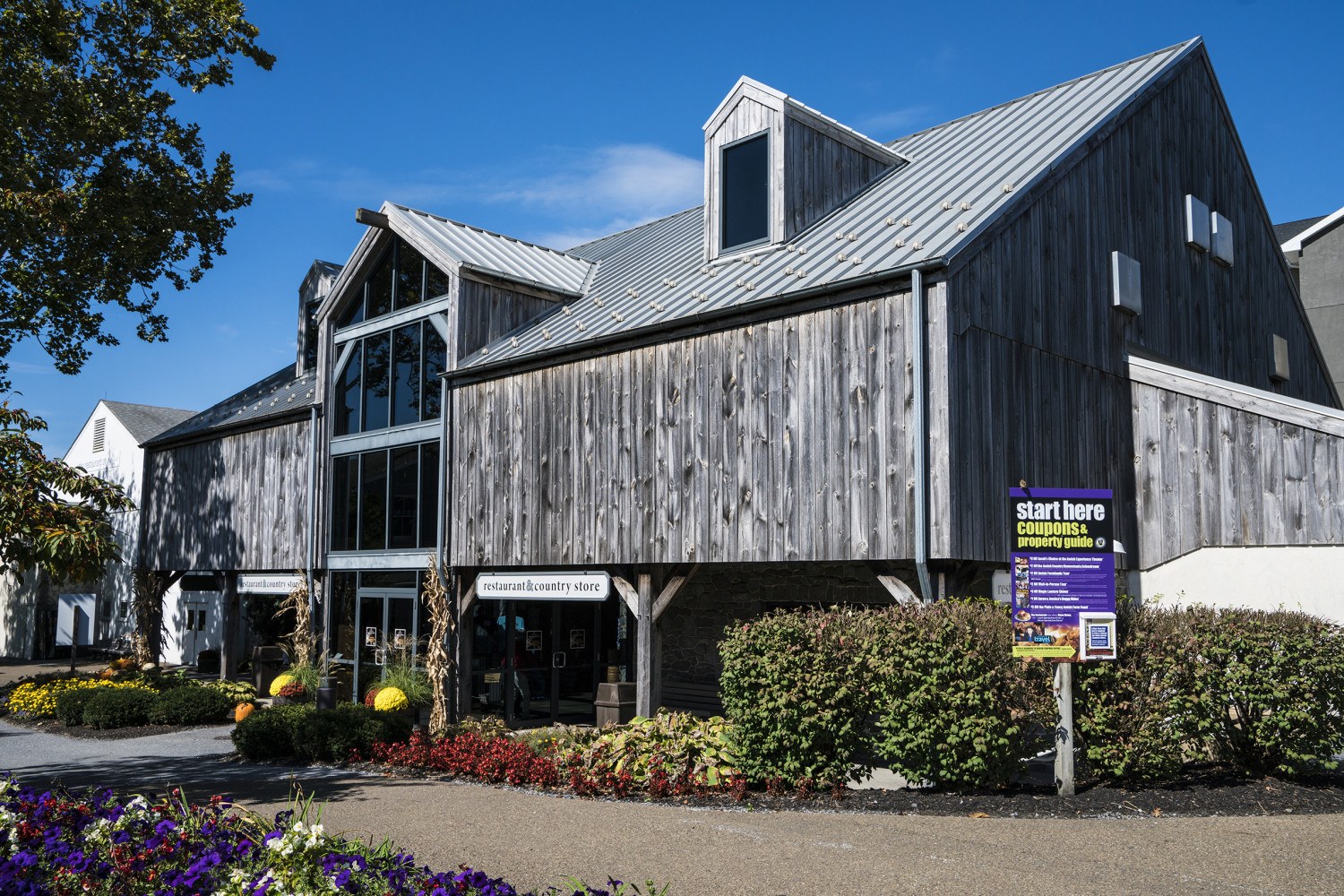 In 1955 a musical entitled “Plain and Fancy” opened on Broadway. The play concerned a New York couple who traveled to Bird-in-Hand, Pennsylvania, got lost, and had a fascinating encounter with the Amish. That play was the inspiration for the name of this farm restaurant which opened in 1959. In 1996, when we started LCTF, this gift shop addition to that restaurant was our first project as a new company.

To insulate the wall while maintaining the pattern of vertical siding boards inside and out, we employed a “built-up” or layered wall. After the barn was enclosed with the vertical boards, rigid form insulation blanks were applied on the outside, over the boards, then 2x4s, running horizontally and in line with the belt rails, were secured, through the foam and the first layer of boards, into the belt rails. This procedure yielded a 1.5” space for electric wiring. The next step was to attach another layer of vertical boards.

Red barns may be common or typical in many parts of the country. Not so in Lancaster County, where the siding is typically either white or weathered gray. To achieve the latter look, the pine siding was left raw for the elements, and time, to turn to gray. The 400 hemlock timbers that form the structural skeleton of this 9,000 square foot barn-style gift shop have a rough cut surface, just lightly sanded, and were finished with boiled linseed oil. 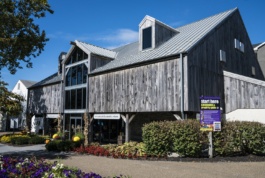 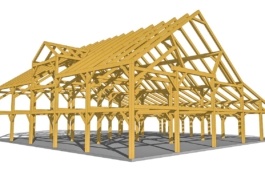 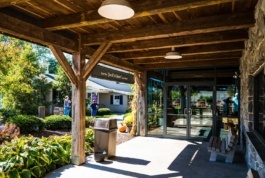 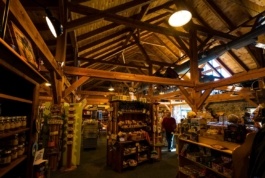 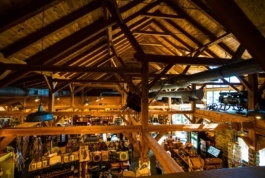 BACK TO COMMERCIAL PROJECTS
Notaviva Winery