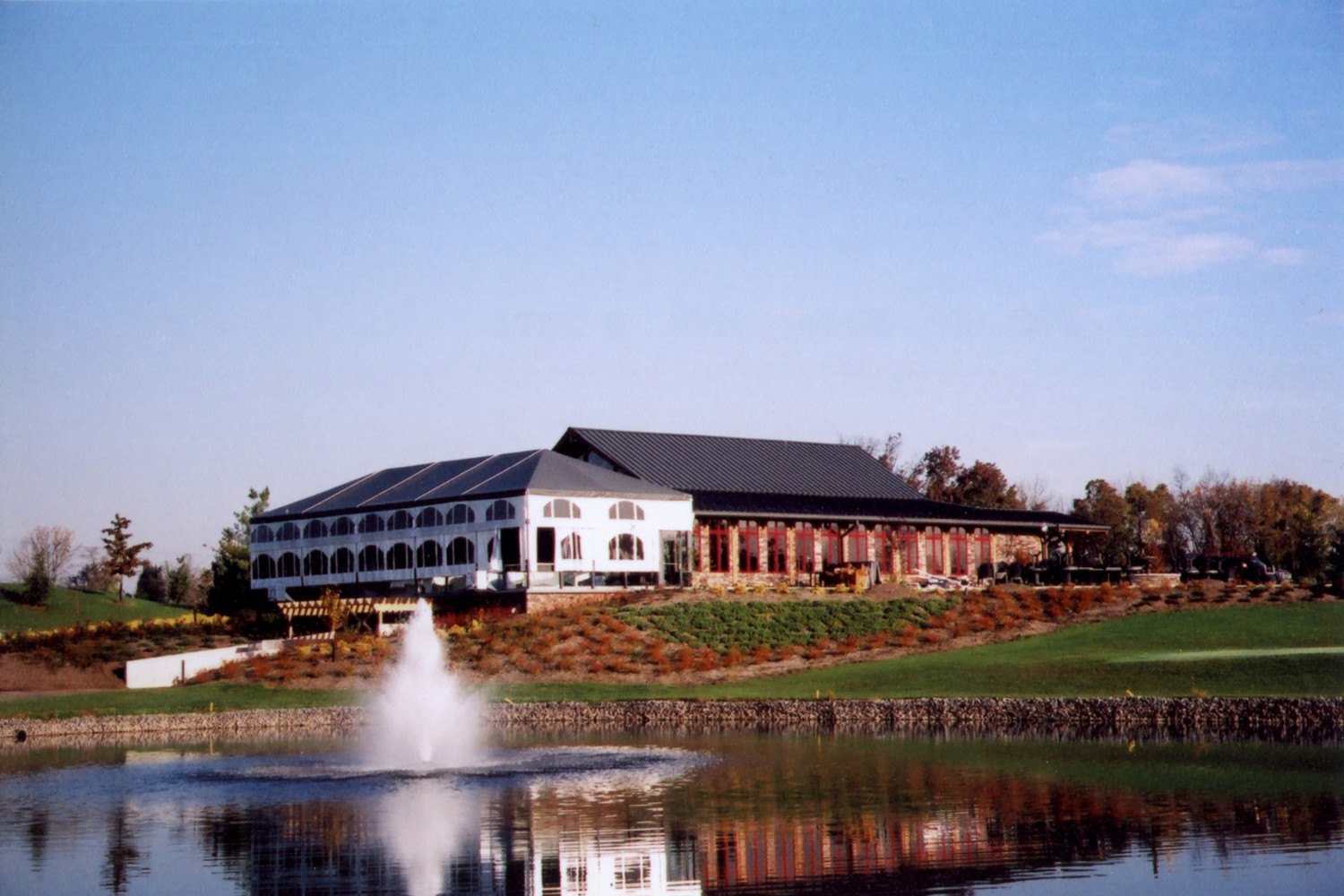 This 5,700 square foot restaurant and bar lounge was Lancaster County Timber Frames’ first effort at the design of a commercial project – from the conceptual drawings to the complete construction documents. The project required 31,000 board feet for its 350 Douglas Fir timbers. The frame is topped with red pine tongue and groove ceiling boards.

The frame was raised in the middle of winter during a mean cold spell. Because we were anxious to install the tongue and groove ceiling boards and water shield before the next snowfall our site manager hired an Amish carpenter who claimed that he’d be able to bring along several other carpenters to help our crew get the project roofed-in in short-order. The man showed up on schedule but his “crew” consisted of three of his family members and varied in age from twelve to fourteen. They probably would have been fine on the site and working at heights, but it seemed like a really bad idea.

Bridge trusses connect the king post bents the entire length of the space and wings with a lower pitch expand the space outward on both sides. The frame design has some interesting details, such as the “quirks” (plowed grooves) running the height of the king posts. The lower chord arcs terminate short of the timber columns to which they connect. 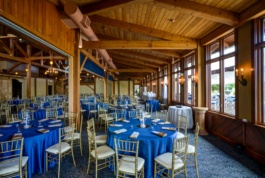 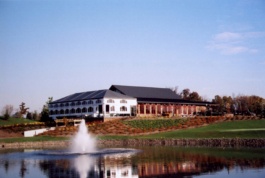 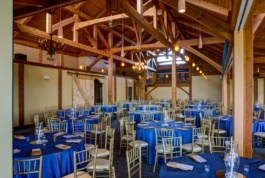 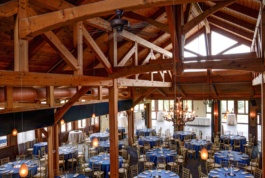 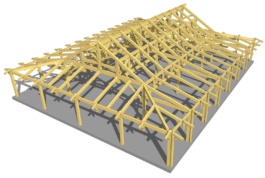 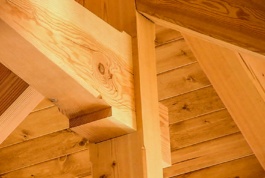 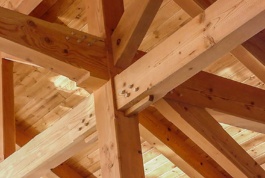 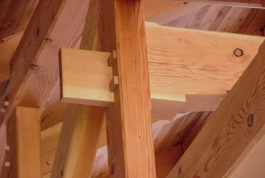 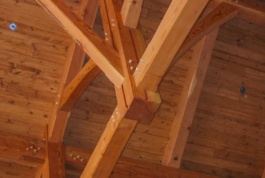