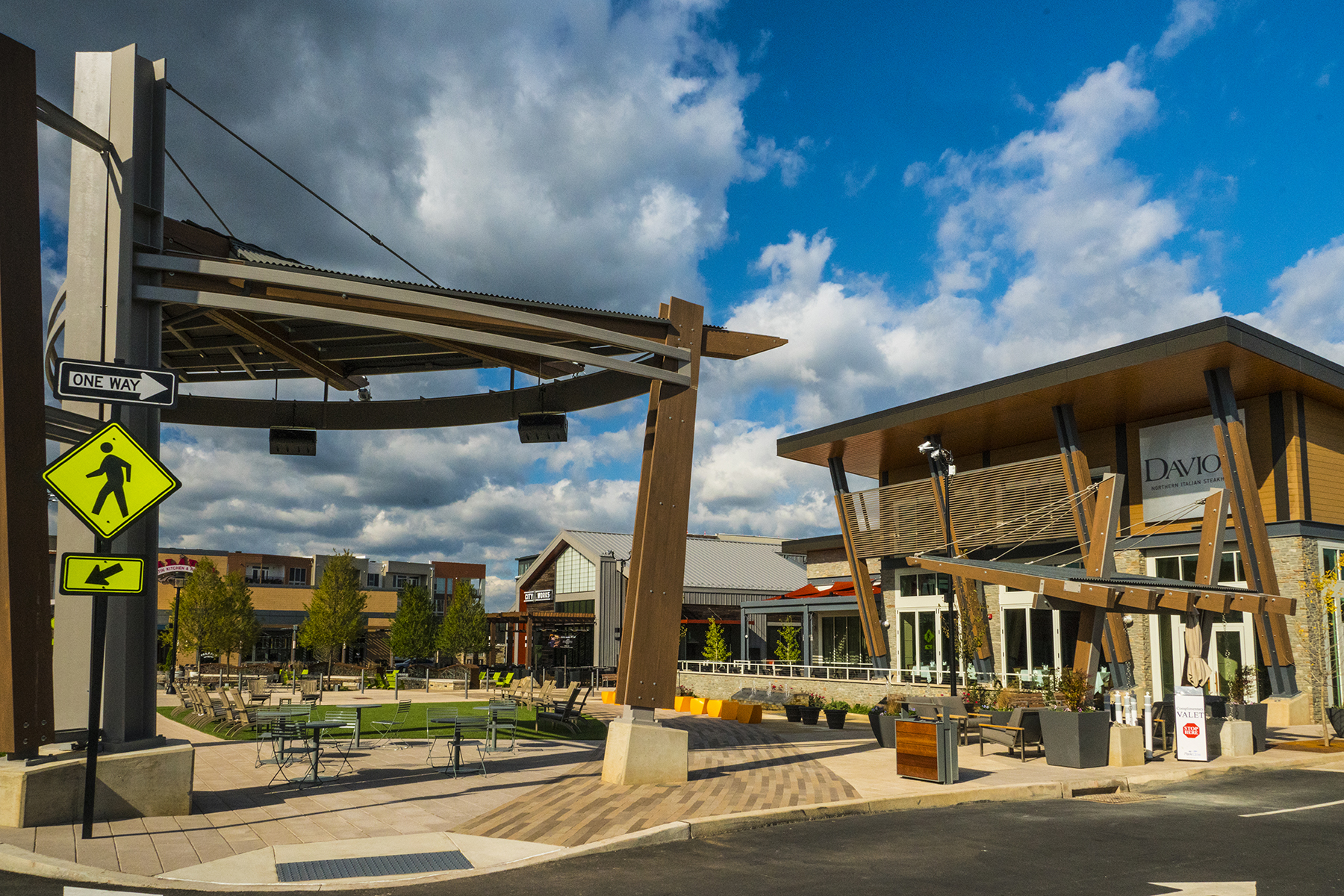 The King of Prussia Town Center, located just a short distance northwest of Philadelphia and a mile or so south of Valley Forge National Historical Park, is a 125 acre mixed use retail development that opened in October 2016. LCTF’s contribution consisted of seventeen distinct heavy timber structures, most of which are located in or around the Main Street area. Some of the structures were of solid Douglas Fir timbers; others were fashioned from Douglas Fir glue-lams.

Notable structures include the REI store which is crowned with a glue-lam entry canopy connected with steel plates and with an exposed tongue & groove roof deck. This building also features three, thirty-two foot tall heavy timber window assembly frames which were installed into existing masonry with a ½” tolerance with a forty-ton crane. The natural three-coat finish on the window assembly frames and the canopy strikes a bold contrast to the large steel siding plates mounted to the exterior which have been left untreated by design to create a rusted industrial aesthetic.

Another striking timber structure is the Plaza Pavilion which includes timber “fins” mounted to a geometrically complex steel canopy . This plaza is designed as a common area to host community events and outdoor movie screenings presented on the gigantic television suspended from the pavilion. Near to the pavilion is a Valet Pergola which uses solid sawn Douglas Fir timbers similarly mounted to a cantilevered steel structure providing shelter for restaurant patrons entering and exiting. Throughout the development there are several heavy timber pergolas provide sheltered dining areas adjacent to the many of the various restaurants in the development. One such restaurant, the Fogo de Chao, is designed with patterns of heavy timber columns, beams and canopies around the exterior which have been coordinated with the exterior lighting and signage to create a warm and inviting atmosphere.

Leaving no aspect of the function and aesthetic of these retail spaces without consideration, almost every one of the dumpster enclosures is dressed with a simple pergola to conceal the contents and draw together the overall appearance of the development. 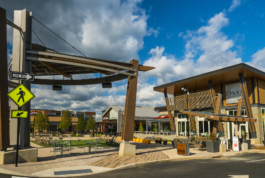 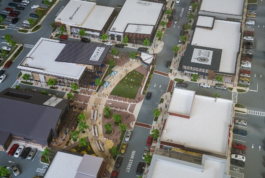 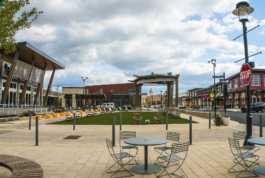 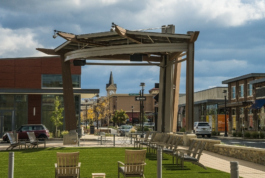 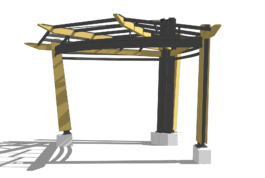 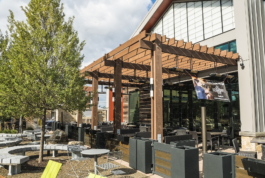 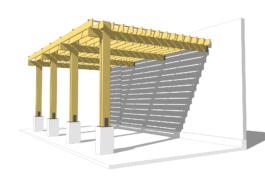 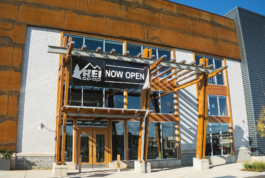 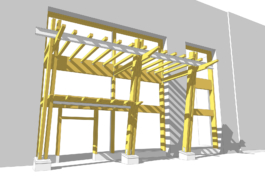 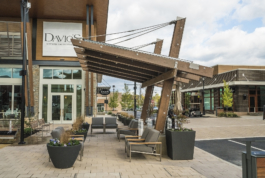 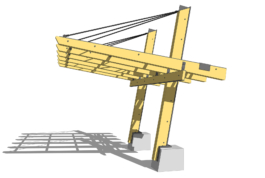 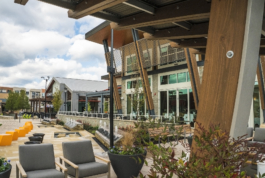 The Yards at Old State
Scroll to top