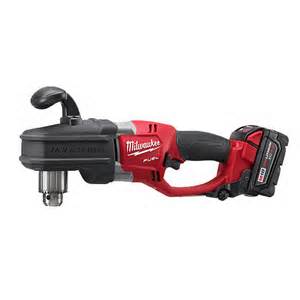 Because timber framing in America lay mostly dormant from the late 1800’s until the 1970’s, and because the resurgence didn’t really pick up momentum until the early 1980’s, the playing field for companies was somewhat level. Very few timber frame companies had a depth of past projects that they could point to to instill confidence in prospective clients. Most of us had never done a commercial project. In fact, many of the projects being by various companies had the look of similarity about them. For awhile there, it seemed as if every company was producing only saltboxes or Cape Cods. The joinery also had the same sort of similarity. Lapped-in exterior knee braces was one of the ubiquitous forms that thankfully has been put out of its misery. Most companies executed their joinery with precision; others were more casual about the fit. But the joint configurations were very much the same. In the late 80’s new, or, in some cases, rediscovered joinery configurations began to appear in a few shops. Thanks to the willingness of those shops on the cutting edge, the information was readily disseminated and adopted by shops across the country. Two configurations come to mind: the through spline and fully housed joinery. Also, compound joinery, once rare, began to become more utilized and thus less daunting.

Most of us began our businesses with a thermo fax machine. These machines allowed us to send drawings over the phone lines and thus made graphic communication almost instantaneous. The paper was fragile and the printing and illustrations began fading almost immediately. The change to “real” paper fax machines may at first seem minor, but to those of us who relied on drawings to communicate, it was indeed huge. No longer did we need to deal with vanishing lines.

with 1 ½” and 2” Forstner bits to rough out mortises. Some even employed the even slower antique hand powered mortising machines. By the end of the 80’s most of us had at least one chain mortiser on the tool bench. The German manufacturer, Mafell, produced the best of these. The Japanese company, Makita, also produced one but that tool was not anywhere close to the Mafell in quality; however, it was only one quarter the cost of the Mafell. Mafell also produced other timber framing power tools such as a hand held band saw, wide hand held planer, two-man circular saw and slot cutters. By the early 90’s most shops had added all or most of such tools. Sharpening, by hand but with various guides and jigs, the chisels and slick that I used during the day. I initially enjoyed this process but after endless months of it I had to find a better way. What I did find, however, was a better chisel. At the 1988 Guild Conference I met Barr Quartin who hand forged beautiful chisels and slicks. I purchased two and soon found that my sharpening and honing ritual was a two or three times a month event rather than every evening. The only problem with his chisels was that they were tang rather than socket and the wood handle over the tang kept splitting. I called Barr and asked that he put a socket end on my chisels.

It worked perfectly and Barr started making all his new chisels with socket ends. The hand forging he performs yields a tool which holds an edge like nothing I had experienced. Barr saved an awful lot of us countless hours of sharpening. Another tool which made life easier was the Layout Guide which saved a lot of wear and tear on framing squares and was five times faster. Back in the 80’s most of us were doing drawings by hand-that is-without the computer. A company named Upper Loft Design Timberframe Housewrights, Inc marketed a green drafting template which had a series of brace profiles, both straight and curved as well as plan view profiles of various sized posts. I still have it. It’s an antique. Haven’t used in in two decades.

Another relic from the past is the scale models of timber frames that many of us made for just about each and every project. Such models helped clients visualize their project but it also helped those of us who layed-out the timbers. Since most of our scale models were the same scale as doll houses (1”=1’) many of our clients kept the models and converted them into doll houses for their daughters or granddaughters. We pretty much
stopped making such models maybe a decade and a half ago when computers and CAD programs made them unnecessary. I do miss making them and I feel their passing was a sad demise.

Almost all of us who became timber framers at the beginning of the revival started our working lives as something else.