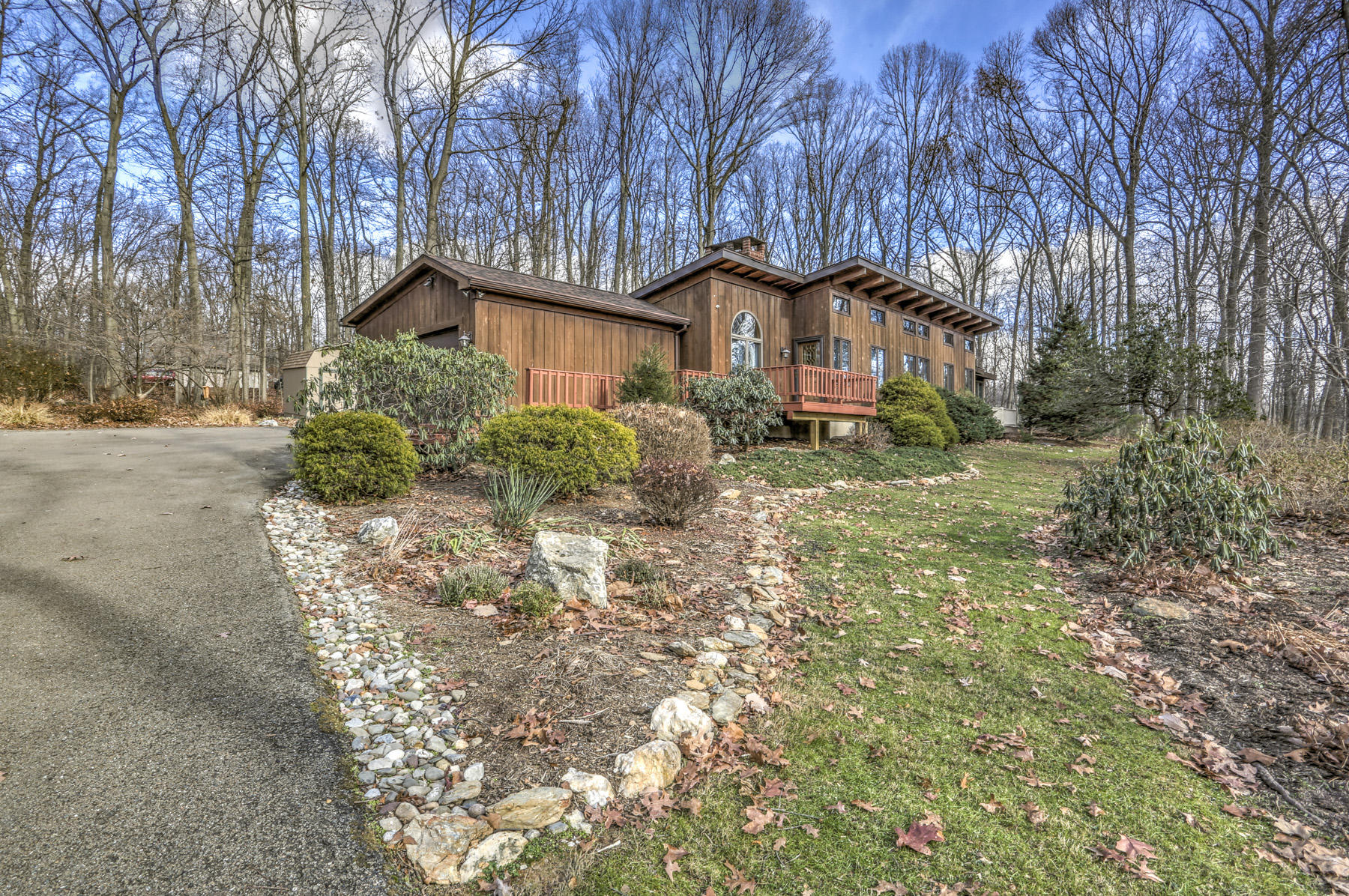 The approach to the design of my second house was inspired by the analytical process described by Rex Roberts in his book “Your Engineered House” (M. Evans and Company, Inc.,1964). Passive solar structures can be found in almost all cultures throughout history, but I give Roberts high credit for applying logical thinking to residential design. The passive solar concept essentially means you use the sun with all its predictability to your advantage. Do you want to have the morning eastern sun stream into your kitchen as you prepare and eat breakfast? Do you want the low winter sun to warm your activity areas? Do you want to block the rays of the high summer sun from your windows?

The easiest way to start is to obtain a sloping south-facing lot. Deciduous trees on the south side are helpful for blocking the hot summer sun while allowing the same sun to pour into the house when the leaves have fallen. Passive ventilation is the sister of passive solar. Natural airflow, or breezes, occurs by differences in air pressure/air weight. Cool air is heavier than warm air and as the lighter warm air rises it pulls in the cool air setting in motion a breeze. In this particular house, I left the high south windows as well as the low north awning windows open from late spring to the end of September. I could feel the air move. In the ten years, I lived there, there was usually only a week or two in the summer that I regretted not having air conditioning.

I heated the house (1400 sq. ft.) with a Jotul wood stove. Three chords of oak, harvested from my three-acre lot got me through the Winter. If I had to be away for longer than a day during the winter, I’d plug in two small (“6×6”) Peonis electric heaters to keep the pipes from freezing. The subsequent owner removed the woodstove.

The walls were built of 2x4s (this was in the later seventies and I’m sure it would not be to code today). Also, note the section drawing showing the very stingy 2” rigid insulation. Teachers didn’t make much in that period and I didn’t want a mortgage. Where the roof beams rested at the wall tops, I quadrupled the studs. The siding was ship-lapped cedar. The floorboards are random-width white pine (the least costly local species available) ship-lapped boards which I counter-sunk, screwed, and filled with walnut plugs. I built the kitchen cabinets also from white pine. The doors and drawers came four or so years later.

In the mid-eighties, I came across another lot that was a bit more remote, a bit larger, and much nearer to the school where I taught. So, I approached my realtor. He tried to explain the realities of life to me– the house I was living in had no basement, no real heating system, and no air conditioning, only one bedroom, and it wasn’t even painted. He told me it probably be on the market for several years and explained that my hoped-for sales price would have to be drastically lowered. It sold the first day it was on the market and it sold for the price I asked. The retired couple from Philadelphia who bought it were very private people who were delighted that couldn’t, comfortably, have overnight guests. Of my four houses, this one remains my favorite.

The Beginnings of a Passion