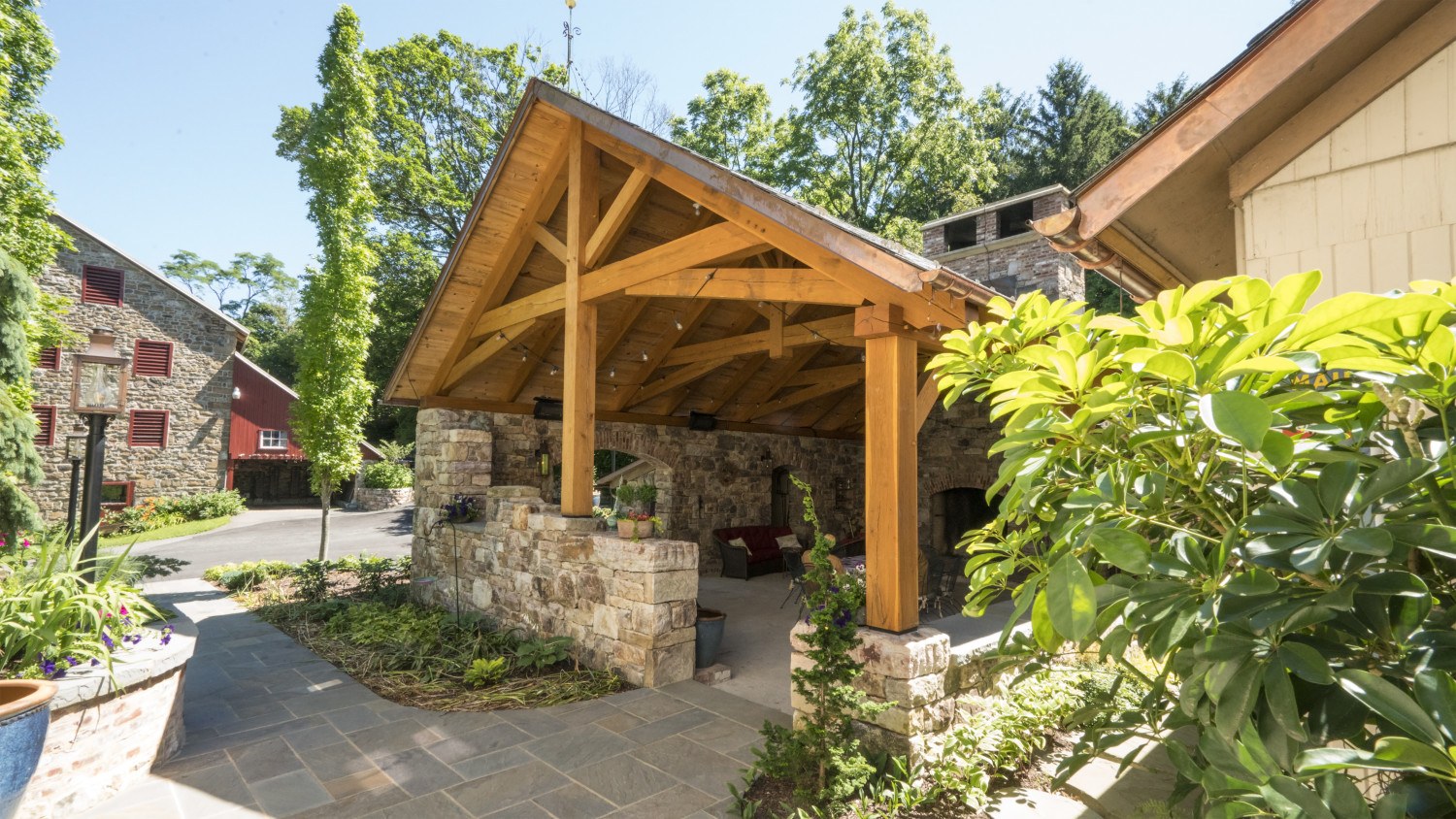 Usually, with this sort of project, the client will show us some sketches or maybe a photo out of a magazine to point us in the right direction—not so with this client. Everything was in his head.  Luckily, he was adept at describing his vision. He and his wife wanted an outside gathering room, approximately 28’ x 40’ with a woodshed off to one side. The stone walls were to be laid in a fashion to mimic an old agricultural building that had fallen into disrepair and then partially restored. The setting is idyllic; it sits just behind the clients’ restored 19th century farmhouse and close to an equally old barn, also restored.

The husband, the owner of Pennsylvania Site Contractors and the general contractor on the project, was highly focused on all details, not the least was material selection. The attached shed has a standing seam roof while the main roof is slate; all flashing, gutters and downspouts are copper. More than a year after substantial project completion, the client finally settled on a finished floor treatment – brick cobbles arranged in a fan pattern. The timbers are white oak and the ceiling boards are southern yellow pine. The stonework is among the best we have ever seen. 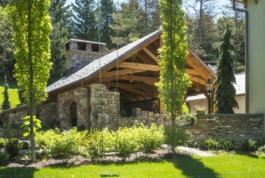 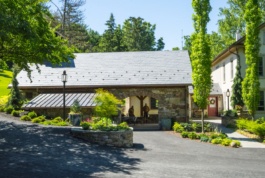 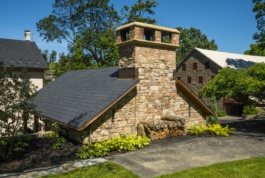 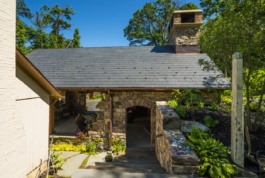 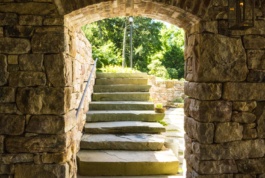 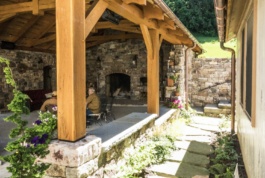 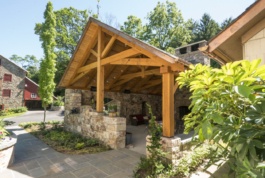 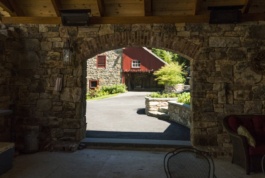 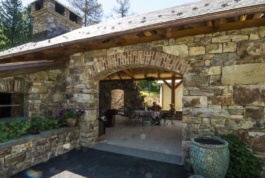 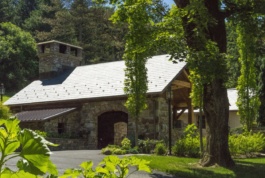 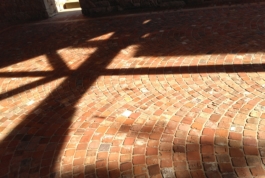 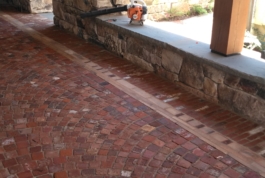 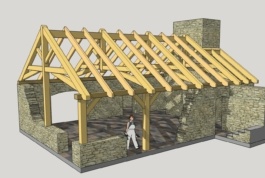 BACK TO RESIDENTIAL PROJECTS
Forbes