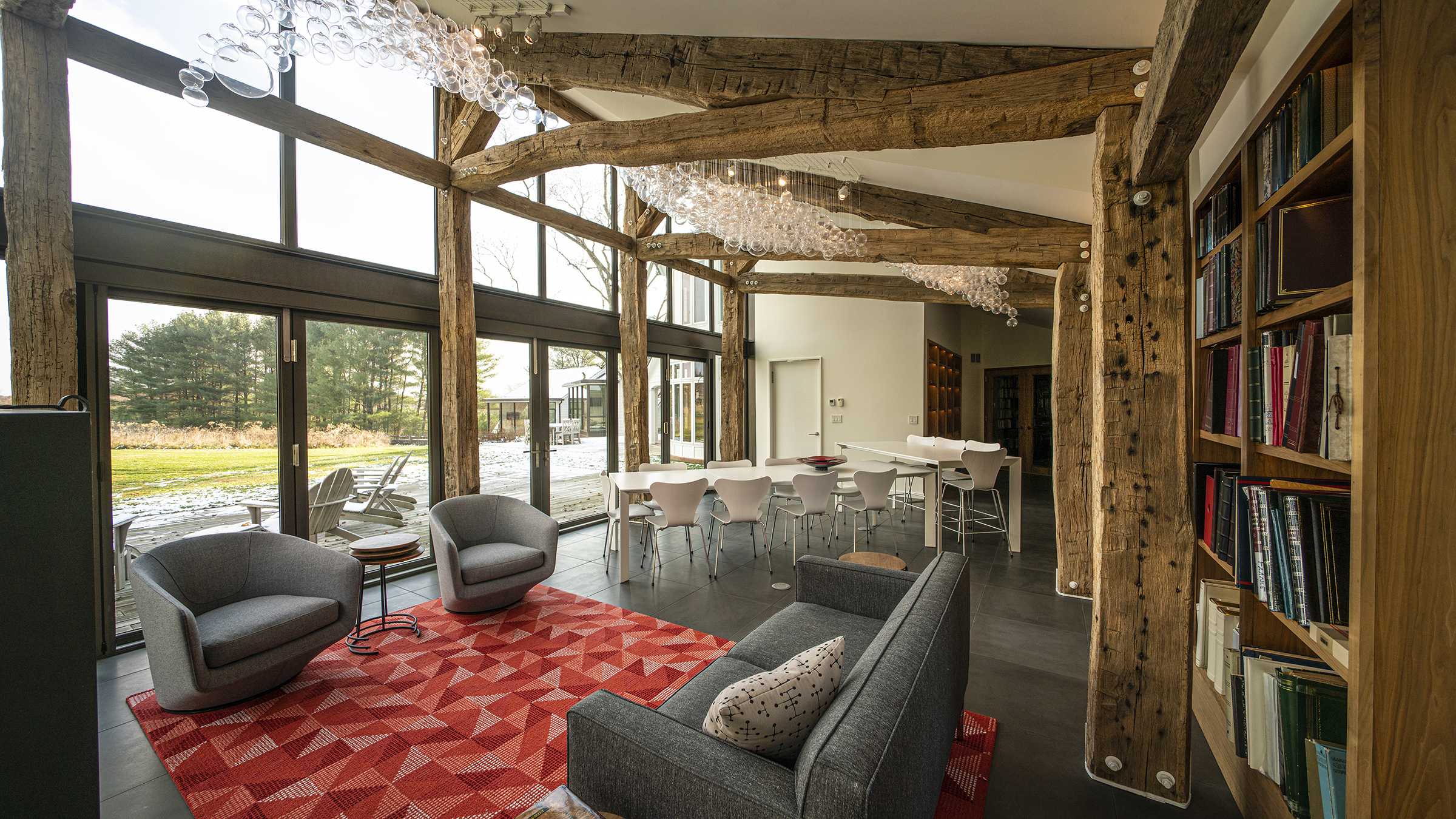 How fortuitous that the parents of a very young Mary Barensfeld had salvaged and stockpiled 200 year old white oak timbers from a collapsed neighboring cabin. More than two decades later, Mary, now an architect, and her friend and fellow architect, Yvonne Riggie, would one day uncover this pile of old, worn and irregular timbers and see the structural and aesthetic potential waiting to be released. As fortune would have it, Mary’s parents wanted three areas added to their farmhouse: a master suite, a library and an exercise room. The architects were given almost cart blanche, and the results prove this a wise choice.

The specification of “white” powder coating for the steel components was surprising given so many designers’ predilection for black. The contrast between the weathered timbers and their visually opposite white hardware emphasizes and celebrates the timber to steel connections. Additionally, positioning the posts inboard of the walls and bookcases is something of a rarity in timber framing; here the effect is both subtle and stunning. While the majority of timber-framed interiors position timber posts against or even embedded in the walls, the inward positioning of the timber posts visually reinforces the structural role of the timber posts, while simultaneously making the space more intimate and embracing. 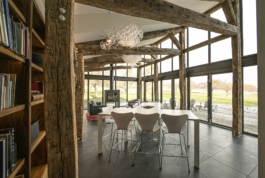 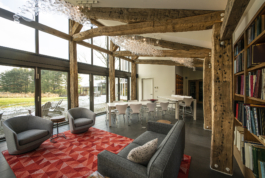 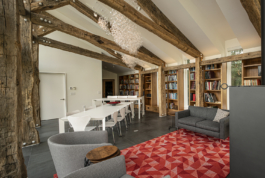 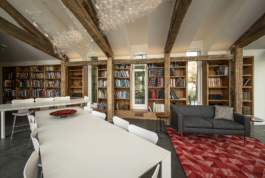 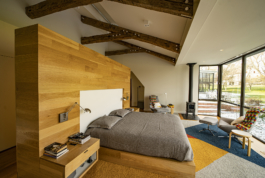 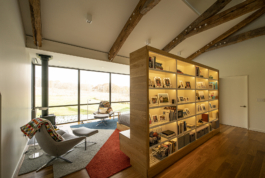 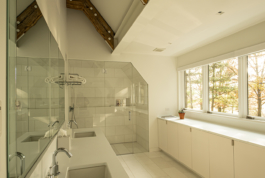 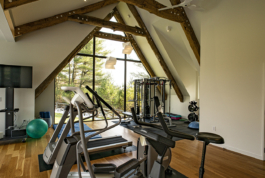 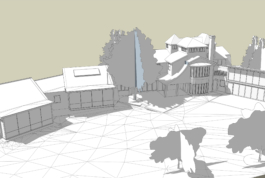 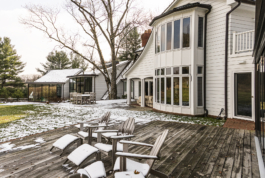 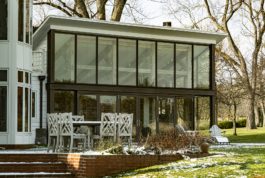 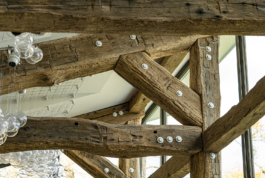 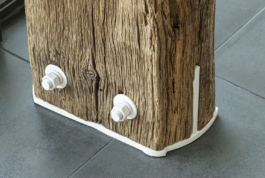 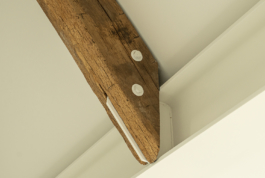 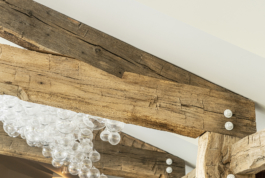